Action! The FAA has gone live with its Colorado weather cams, which can be accessed via the Internet. Many of the most problematic passes in the Rocky Mountain State are now outfitted with the cams, which can not only show you a live view, but also a playback mode that captures previous images of the pass in question, so you can see how the weather is trending. There are 13 cams now, and each one has multiple views out.

Why is the FAA bothering? The biggest risk when you’re flying in marginal weather isn’t the weather itself but the terrain that gets hidden by the weather. Bad things happen when you meet it unintentionally and knowing what the weather is before you venture into a part of the world in which the margins are thin. And there’s nowhere that they’re thinner than in mountain passes. Which is why Alaska’s weather cams have been such a hit, because pilots can see what the weather is in the pass before they launch.

Using the cams couldn’t be any easier. Just got to the FAA’s weather cam site and you’ll find a zoomable map showing the location of the FAA’s cams—most, not surprisingly, are in Alaska. Find the one you want, click on the one you want, and it’s lights, cameras, action, and all before you even fire up the plane. 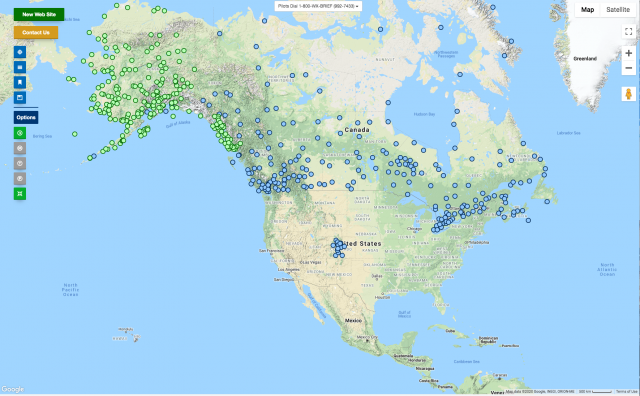