“Mamas Don’t Let Your Babies Grow up to Be Pilots.”

I doubt Willie and Waylon couldn’t pass an FAA administered flight crew drug test, and their “mamas” knew that, the song notwithstanding. But what about the rest of us?

Sure, airline pilots realize the challenges and constraints put on them by the profession, including constant flight evaluations, performance monitoring (any other profession data-stream and archive performance for analysis and critique?), invasion of privacy (any other professions require annual disclosure of  physicals, mental health, arrests and convictions?) and recurring random drug and alcohol testing.

Enter Covid-19. which dwarfs the above career threats we’ve all accepted, endured and tolerated up until now.

Rewind just six months in the U.S airline industry and the picture was much different: the mid-1980s hires, pilots who are now nearing mandatory retirement (another unique airline pilot reality) which would create a massive pilot shortage across the airline industry. “If you get hired today,” the siren song went, “You’ll be a captain in five years.” Massive seniority catapult, the retirements were supposed to be.

Pilots at regionals felt they could be picky about which major airline they hire on with: I have a friend who flew for Comair for over ten years, waiting and adamant about only working for Delta Airlines eventually. After three years at Delta–when he could have gone to several other carriers years earlier–he’s now on the street for at least three years.

Another friend at Emirates reports their pandemic-mandated pilot cuts weren’t done strictly by seniority–rather, management took the opportunity to boot dozens of pilots with attendance records and other personnel issues the airline didn’t want to deal with ever again. Not furloughed–terminated.

And many snooty pilots shunned the quiet financial dynamos like Spirit, Frontier and JetBlue, holding out for a marquee carrier like United, Delta and American, only to witness their peers who DID hire on with these powerful Low Cost Carriers upgrade to captain and enjoy a job security despite the pilot cuts (some are still hiring pilots) even as the “snooty pilots” are furloughed by their own carriers, with recall nowhere in sight.

No matter who they are or where they came from–the military, regionals, corporate, cargo or general aviation–all airline pilots have taken a beating, weathered harsh early flying jobs, invested unimaginable sweat equity, personal sacrifice, and expense, just to call an airline cockpit home. Now this.

Me and my USAF pilot buds.

Ex-military pilots who maintained an ANG or AFRES connection may be able to get back onto active military service once again, but even that’s with drastically reduced pay and much more demanding flying in terms of time away from home and family, much less the risk involved in military versus civilian flying. Other may be able to make their “side hustle”–if they have one, into a financial lifeboat for the near term.

Yes, pilots laughed at me when I fought my way through 65 on-campus graduate hours to earn a PhD as they enjoyed their boat/motorcycle/airplane/toys, but I’ve been teaching at a university for the past 17 years and just upped my class schedule, mostly for the additional income.

I know several pilots who struggled through law school while flying fulltime and at least now have gainful employment despite the dried-up aviation opportunities. Others have real estate licenses, teaching credentials and I even know one first officer who’s on track with a management training program at a major box store chain. Not what we expected, but smart because it pays the bills. 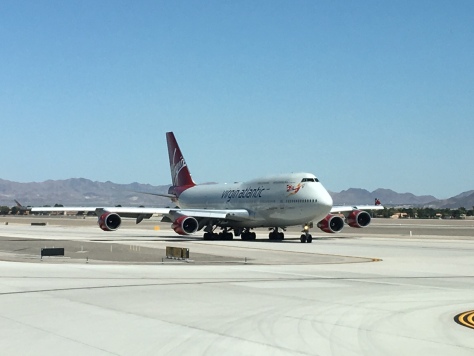 But it all comes down to this: if you want to be an airline pilot, beyond the many unreasonable demands of the industry and the government agencies that oversee the licenses required to hold the flight privileges, the fundamentals of personal and financial disaster lurk just below the thin veneer of airline pilot reality: flying is a great career–until the career vanishes.

I’m rooting for the pilots still clinging to their seniority lists despite reduced flight hours and the defacto pay cut that produces. I’m hopeful for the smart pilots who had the foresight to hire on with the Low Cost Carriers who are poised to dominate the airline biz in the post-pandemic years ahead. And I’m empathetic to those pilots who were simply victims of a very capricious airline industry, despite the rosy predictions of only a few months ago.

For everyone else: “Mamas, don’t let your babies grow up to be pilots.”