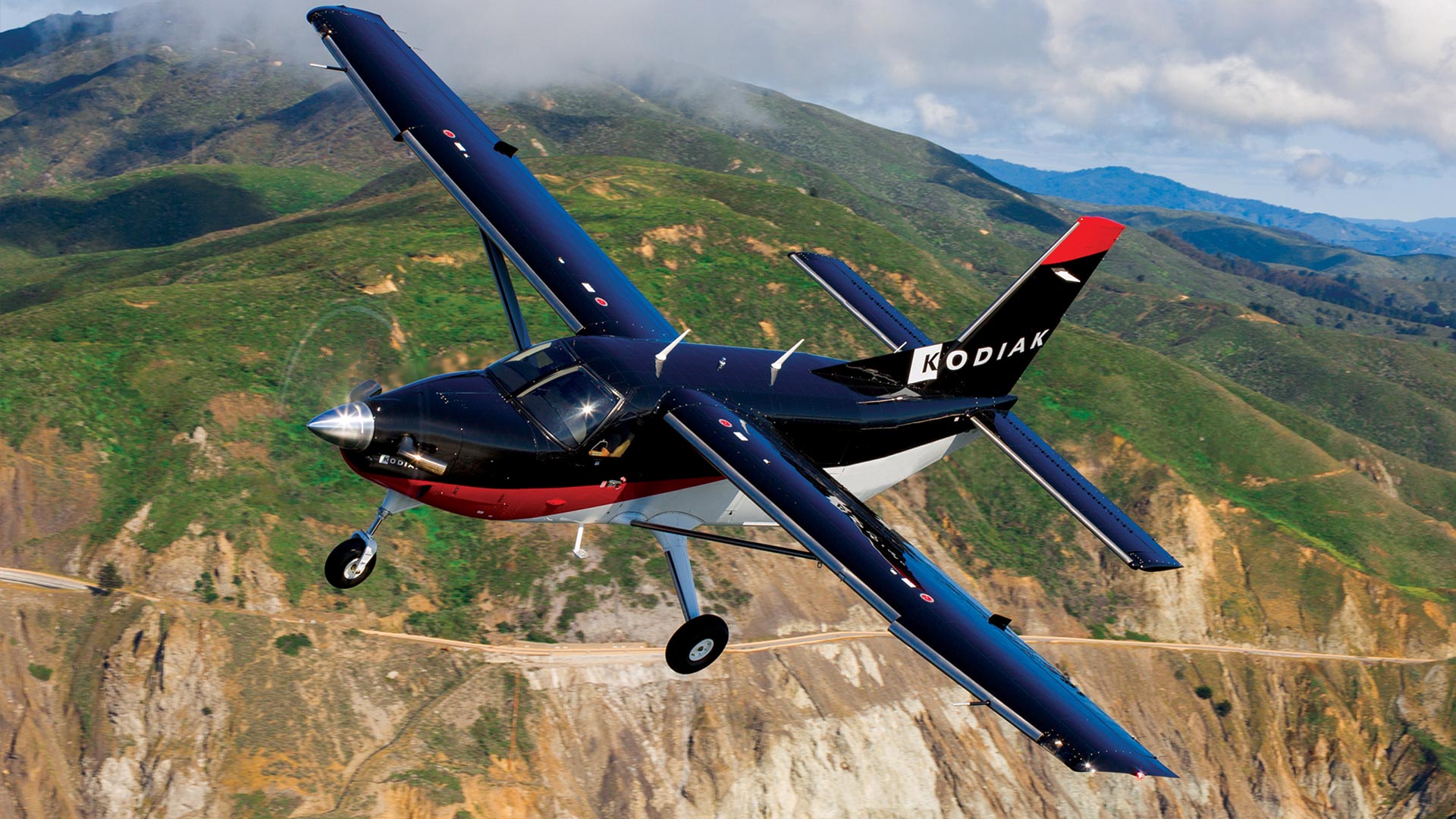 Kodiak was not FAA certified until 2007 and had to comply with approximately 1,000 additional safety and structural integrity upgrades that our main competitor did not — it was certificated in 1984, 23 years earlier, and is still manufactured to those same standards.

Kodiak’s high-tech patented discontinuous leading-edge wing is nearly impossible to stall. Nearly impossible; that’s the ultimate safety feature. You can still maneuver the aircraft during stall as the outboard ailerons will not stall. It also means the aircraft leaps off the ground at max gross in about 1,000 ft., not 2,000 ft. Yet it still has a typical cruise speed of 174kts(200mph). Its shorter wingspan facilitates tighter turning.

Kodiak has a very different feel when you fly it. It’s much tighter, more nimble, responsive, and has a spiffy feel. Owners and pilots tell us that is fun to fly!

A number of pilots gave input during the design process and as a result the Kodiak incorporates a variety of additional improvements that make operation easier.

Go to www.americankodiak.com and you’ll find a host of data, including general specs, a list of standard equipment, and the projected 5-year maintenance costs. And lots of videos and photos of the stylish Kodiak.

The best way to confirm all the above is to call and ask for an inspection and demo flight. Just call 940-800-8022, tell us about your mission requirements and then what day is best for you.

Simply put, the Kodiak’s leading-edge technology yields a better and more advanced turboprop. And with the American Kodiak Owner Backup program, which includes a pilot and mechanic for a while to facilitate transition, it’s the clear winner.

Whether you fly for business, family adventures and fun, or a mixture of both, the Kodiak is the safer, user friendly, choice.